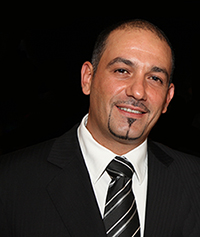 Jehad Mufleh is the founder & CEO of ENANA Group of Companies and ENANA Dance Theatre, as well as the famous producer of many grand productions that are well known and loved in the Middle East and beyond such as Falcon of Quraish, Saladdin, House of Wisdom, Julia Dumna  and others.

He is recognized for his pioneering of Dance Theatre and Drama throughout the Arab world and large-scale productions in collaboration with artists from across the world. Due to his productions’ exciting action scenes, interesting and diverse characters, and creative staging, they are known and well received in countries across the Arab world as well as in Ukraine, Russia, Turkey, India, China, Canada and the USA, among others.

During the early stages of his successful career, he demonstrated a profound enthusiasm and passion for Dance Theatre. He studied at the Gzhel Dance Academy in Moscow, where he graduated as a choreographer, further developing his already established artistic knowledge and skills. In addition to this, he attended many other reputable international courses specializing in Dance Theatre (Goethe Institute, Beirut, Lebanon), and collaborated with various dance companies and ensembles, including Zanobia and Caracalla.

In 1998, thanks to his ambition and perseverance, Jehad Mufleh established Enana dance troupe. Despite initially facing considerable hurdles, his artistic will power and dedication enabled him to develop one of the first dance troupes in Syria. Since their establishment the group has participated in numerous local and international theatre events, worldwide opening ceremonies and international festivals. 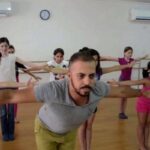