Zenobia- Queen of the East

In the pick twilight of dawn the history restores its memory in Palmyra, where the weather is popular festive to collect  the dates and squeeze it with the blessing of King Uthaina and Queen Zenobia, it’s stop a woman calling for help running away of  (Sassanian) oppression  after seizing on Dora Oorpos – metropolis of Palmyra on the bank of Al Furat  – the King declares clarion call of war is not aware the plot, which revolves in the corridors of Rome, whereas  Emperor Galnios and the Perseus the wise man were planning to get rid of him, and in Dora Oorubis and while  Tilippinio the  Commander of (Sassanian) and his daughter Amish and their leaders were sharing the plundered gold , the Uthaina army surprised them , so they took Amish Sabieh and and Tilippinio was able to escape with some of his leaders, and during this long journey Zenobia reflects on her great desire for her husband in one of the evenings.

In the public squares Altdmouryon celebrated the return of their victorious army. While Amish conspire for Queen Zenobia, causing contrast between her and the king, who was busy receiving the Emperor Messenger Galenious  the holder of Poisoned Chalice , Zenobia aired its guitar the tones of grief, while the king was in his Divan.

and Amish who failed to seduce the King Uthaina spent the night and planning a ruse to kill him.
Zenobia, wandering in a black forest of doubt and suspicion, and wash away of everything in the morning she went to the temple to meet with a priest Al Mazriah and there she sank in the Devotional puritanical ritual.
Tilippinio the defeated leader collect his troops to march toward Palmyra after his suffer of losing his daughter

Amish , and during this, Amish used to meet the emperor messenger in the corridor castle. To agree together on poisoning Uthaina in the night of his reconciliation with Zenobia. And the plot revealed, but it was too late. So Uthaina sun left and Zanoubia’s sun raise  which its ruling began in military confrontation with the commander (Sassanian) and his army over with it to the taste of victory. As for Rome which was ruled by Oorlianous has begun collecting the parties that tried to secede of it, especially Palmyra showed the manifestations of independence. At the height of its celebration of control on the borders of the Kingdom. she received a letter from Orlianous invite her to surrender , so she contained a harsh response signals the start of the war and the sympathized Roma women began with Zenobia in demonstrations to stop the war, but to no avail. The siege increased on Palmyra. And the army Collapsed despite the recent honorable battle where the Zenoubia two leaders  (Zbai and Zbdai) were killed. And Zenobia was taken tied with gold to present front of Senate and there she preferred the death as palm rather to live in lowliness and she was certain of the closeness of storm end. 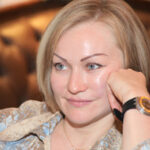